Sometimes it can feel like life is passing you by here in Nunthorpe. It’s a typical suburb where not much happens. It seems like people get up, they go to work (somewhere else) they go to socialise (somewhere else) and they come home and go to sleep. Most of the time, it feels very far removed from the places where real things happen. Sometimes this is good. I’m not in a hurry to be at the heart of an inner-city riot or a far-right protest march, but sometimes it can make you feel a bit left out of things when all the good things that bring us together as a nation and a community happen a long, long way from Nunthorpe. 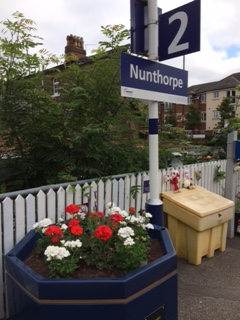 Then the knitting started to appear! A few years ago the station was yarn bombed for the first time – I’m afraid I can’t remember what the event was, possibly the 2012 Olympics? but since then the secret knitters have gone from strength to strength (and given the amount of media coverage they’ve had, they’re no longer quite so secret!). We’ve had seasonal displays – Christmas, Easter, Valentines day  and particularly Remembrance Day when knitted poppies appeared all over the village, not just at the station.

And it’s not just seasonal events that get a mention. Yesterday when I walked up to the shops, I found a row of these attached to the station fence: 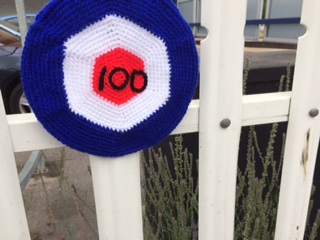 And today, the seasonal summer sheep display had gained a new addition: 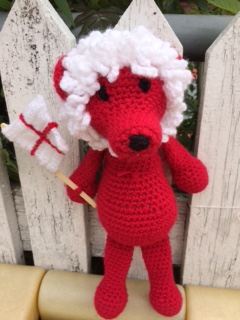 I know that the knitters’ aim to bring people together and improve that sense of community: “Some of our knitters were battling loneliness, depression, isolation or just getting over a really tough time in their lives. Our welcoming groups where the natter is just as important as the knitting has, in their own words, ‘saved them’.” (Nunthorpe and Marton Knitters Facebook Page).

But it does more than that. It gives everyone who passes the station and smiles a feeling that somehow in our own way we are all part of something bigger.

In fact, at the recent Royal Wedding, it did more than that. The knitted display brought in media crews from all round the region – and beyond – to feature the knitted balcony scene that the knitters created. It even made an appearance on the main coverage, as the knitters raced to complete a replica of Meghan’s dress. 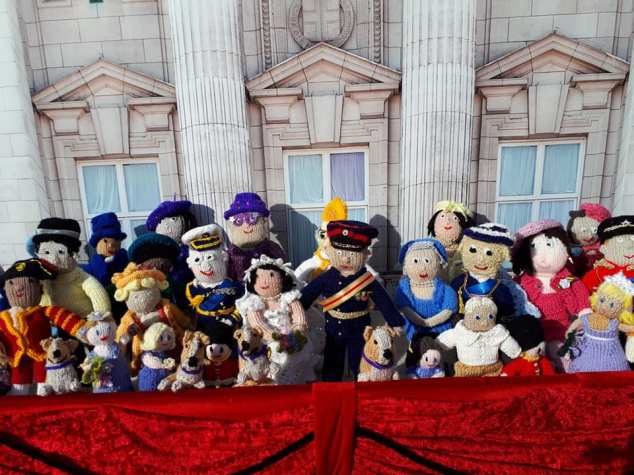 So I’d like to commend the Nunthorpe and Marton Knitters – a fine example of how even a small and far away place like this can become a bit more tightly knit!