It was the owl that reminded me of my lifetime list. You see, what happened was this. On my “To Do” list (what other people might call a bucket list but I find that a bit morbid so I’ve christened it my “lifetime list”) was “See an owl in flight at night”. This has been on my list for YEARS ever since I was about sixteen, only holiday with my family and my father had a close encounter with a barn owl. I wanted to have one too. I lurked around the farmyard (we were staying on a farm for a week) but I never saw the owl. So I was determined. I was going to see an owl. I looked out wherever we went; just about everyone else in the family had close encounters of their own (my daughter spotted an owl asleep in a gutter at her school one day!) but still I saw no owl. Until one night during the summer. We had the windows wide open because it was so hot and I was woken by a loud hooting. Finally, this was it. It was so close, this had to be the day … or rather night. I looked out – nothing. No movement, no hooting, no owl. I sadly closed the window, once again I had missed my chance … at which point the owl, which had been sitting on top of the dormer window right above my head all the time, promptly took off right in front of my eyes! 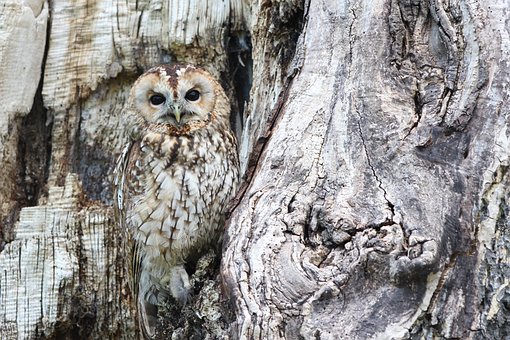 A large part of my list is places that I want to go; many of which I have read about in books.  There were ten places on it, and, admittedly some of them are overseas and therefore unlikely ever to get to the top of the list, but four out of ten are British and after ten years only one has been crossed off. I did make it to the Globe Theatre (though I STILL haven’t seen a play there) and I guess it’s Shakespeare connections just about qualify it as a literature related destination. 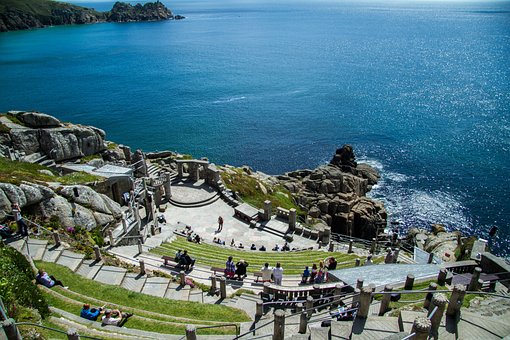 It seems an impossibly romantic setting for a theatre, (or even for a novel!) and it must be an amazing backdrop for a play, but Cornwall’s a long way from Yorkshire. I haven’t been to Cornwall since I made the list. I did go once, many years ago with my parents, on a literary pilgrimage (perhaps part of an earlier list of places that I had to go to) inspired by the works of Daphne Du Maurier. I wanted to see the real places behind the fiction. Fowey was beautiful but to my massive disappointment I could only peer at Menabilly, the setting for my two most beloved Du Maurier novels, Rebecca and The King’s General, from a long, long way away.  Maybe I’ll get to visit Cornwall again one day, and get to see Minack for myself – possibly when I’m least expecting it – after all, it was that holiday in Cornwall where my dad saw his barn owl; that’s got to be an omen, hasn’t it? 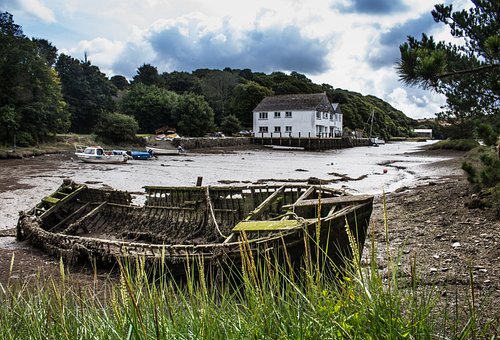 Pictures from Pixabay (freely available), except for the Globe Theatre which was taken by Daniel Taylorson.