This is the second of Kate Field’s books set in Ribblemill, a Lancashire village, and I’ve chosen it to review for the first of my place related book reviews for two reasons. Firstly (honesty time!) Kate is a friend, so I can’t review it on Amazon, and secondly it’s a book with a really grounded sense of place, Kate’s locations tell part of the story for her.  Some novels could be set anywhere – a generic beach, a generic cottage, a generic street, but The Winter That Made Us like its predecessor The Magic of Ramblings has its feet firmly in Lancashire. It also exemplifies exactly what I love about a well-placed novel. 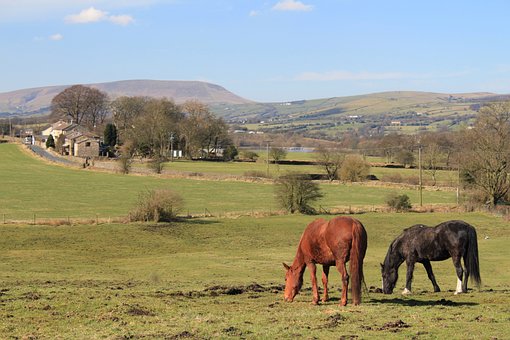 Place names are important. The wrong place name can ruin a book as far as I’m concerned. A cosy crime set in the Cotswolds where the village is called “Polwhiddle”? You can forget that for a start. Similarly a Cornish tea-shop romance where the setting is called “Derwick-upon-Dyne”? Don’t even go there – literally. So for me Ribblemill has a big plus in that it sounds like it could exist – I even had to check that it wasn’t a real place before I started writing this! The choice of name puts us firmly in a Lancashire (or very possibly Yorkshire) in a village set around a mill near the River Ribble. Mills are synonymous with Lancashire and so even before you’ve read a word of the book, you’re grounded in the idea of a place.

In this book, we start with the specific details of place, rather than the grand gestures. A well-tended grave, a lane leading away from the village green and a grey detached stone house are the first details of place we get. And what telling details they are! The grave is a riot of colour and texture, suggesting vibrancy and life and in complete contrast the home is cold stone, isolated, frozen in time and away from the village green (and therefore out of the heart of the village). Already, by page 2, we know there is something going wrong here. And at the heart of it is Tess’s mother who we find out quite quickly does not like to leave her house.

It’s not the landscape itself that is important in this book, but the buildings within the landscape. No wuthering (OK, I’m having a Yorkshire moment again, forgive me!) up on the wild moors for our heroine Tess, Cobweb Cottage is the focus of her story. It’s isolated, just like her parents’ house in the opening chapter, but it feels totally different. It’s cosy, safe, warm, cared for and described in loving detail; as she falls for the cottage so do we – but its isolation strikes a warning note. However she’s not alone in the cottage, she has to share her idyllic new home with an unexpected house-mate, but we know from the loving care with which it is described that the building itself has as important a role to play in the story itself as the inhabitants. 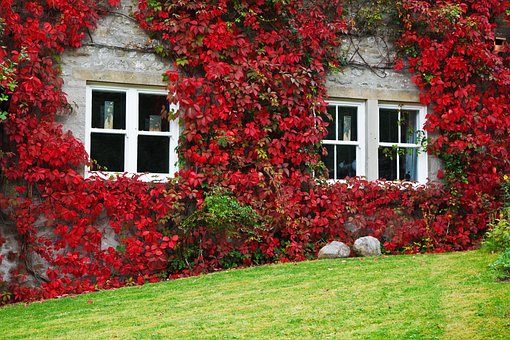 My idea of Cobweb Cottage. Image from Pixabay.

And what is to stop Tess (and Noah, her housemate) retreating with their problems like Tess’ mother into the isolated security of Cobweb Cottage and building the same walls around the outside world? Well, several things. Noah’s motorbike, a symbol of the ability to escape, which takes them both to new beginnings at different points in the story, drawing Tess outside, almost against her will. Then there are two major incidents shatter the security of isolated Cobweb Cottage, forcing Tess and Noah outside the safety of its walls, and back towards the heart of the village. I can’t say any more without really ruining the plot!

Another massively significant place is the walled garden which Noah begins to restore. This is a transitional, safe outside space, enclosed and protected like the cottage, but still open. It might be a protected, creative, healing space, but people can’t be shut out of it; villagers come and go in this place; Tess and Noah can’t be shut away from life here but they can still be safe from the worst of the outside world.  I’m sure it’s significant that some of the most healing scenes in the novel happen here rather than in Cobweb Cottage itself. It also brings the colour and growth that we saw at the graveside in the first chapter into a more appropriate setting, healing that wound, as it were. 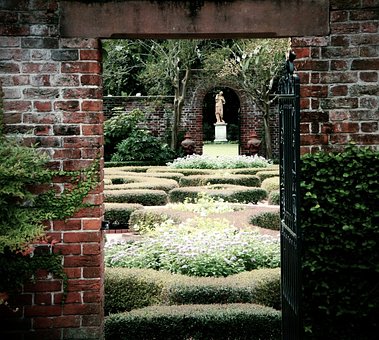 We end the novel symbolically in the pub. Noah avoids people and social situations and so the pub has become the place which symbolises his recovery.  It’s where the villagers gather in a truly social space, where friendships are made, fires are lit, the real heart of the village. It’s also got the best pub name ever – it’s called the “No Name”, one of the deft details that show Kate’s ability to create meaningful and believable spaces for her characters that both enhance her story and drive the plot. In fact this final scene brilliantly brings together the motorbike which for me symbolises Tess’s redemption with the pub at the heart of the village which brings Noah back from the brink.

I loved this book; I think it’s Kate’s best yet (and that’s not saying that there was anything wrong with the others!). It combines effortless story-telling and complex and likeable characters with a really beautifully drawn setting. I thoroughly recommend it.

4 thoughts on “The Winter That Made Us by Kate Field. A book review with a sense of place (and some spoilers).”