SPOILER ALERT! If you haven’t read The Little Church by the Sea don’t read on!

Several people have asked me whether my new novel, The Manor on the Moors is a sequel to The Little Church by the Sea. It’s not a direct sequel – I felt that Cass and Hal’s story was complete at the end of Little Church and I wanted to create some new characters rather than give my existing ones new problems to face. But it is set in the same place, so you will find some familiar faces appearing, but more than that, you’ll recognise some of the settings. 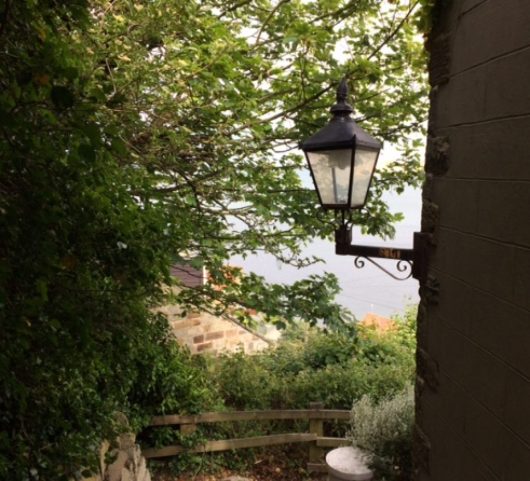 A corner of the village, Runswick Bay. (My photo).

In Manor Alice lives half way down the main street in Rawscar, the main setting for Little Church. She’s hiring a flat above a holiday cottage agency and the eagle eyed among you may remember that in Little Church Hal, the hero, ran a holiday cottage firm and lived in the flat above the office. Now, of course, Hal lives in the new vicarage (which has been built in the grounds of the former Old Vicarage)  with his wife. That makes him Alice’s landlord.

Cass in Little Church had four churches in her combined parish. One of them was the church at Langbarnby, the village where Misterley Manor was based. So when a major disaster strikes, the vicar is sure to be on hand to help out. 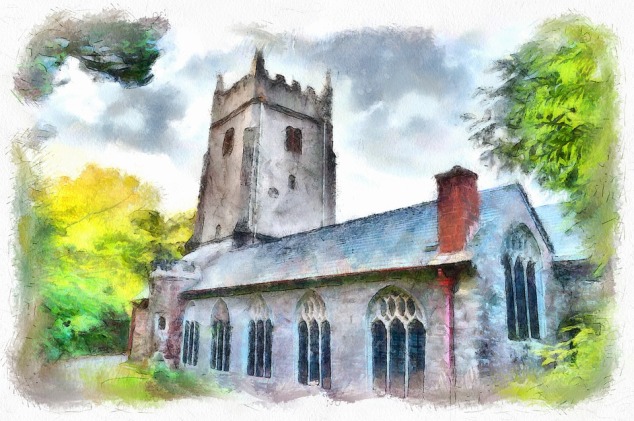 But most importantly, when I was asked “So, are there any knickers in this one?”  I instantly replied, “No, Alice doesn’t have any knickers …” which didn’t come out quite how I meant it. One of the running jokes in Little Church was the vicar’s underwear – largely because I had used The Vicar’s Knickers as a working title for the novel, and so they crept in all over the place. This novel is different. And I should point out that yes, Alice and Caroline do both have knickers on (most of the time …) 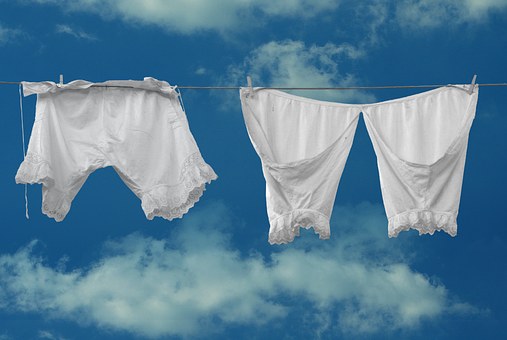