After more than ten years, the greatest television drama I have ever watched is returning for a final time. Deadwood ran from 2004-2006 and then finished, abruptly, without bringing a conclusion to any of the characters’ story-lines. Now, there’s going to be a film, finally providing the longed-for conclusion, which has made me think about the original series, and in particular, what might have happened to, for me, the most compelling character in the series. Martha Bullock.

I can hear everyone who watched Deadwood as passionately as I did yelling right now. “Martha Bullock? What’s wrong with you! You could have chosen Al Swearengen – he’s compelling. Alma Ellsworth – she’s romantic. Even Seth Bullock – he’s …. he’s Timothy Olyphant, goddamit, but you pick Martha Bullock?”

Yes. I pick Martha Bullock. She’s the kind of female character who very rarely gets portrayed with any level of sympathy in fiction of any kind – she’s a level headed, clear sighted, steadfast woman. She’s not feisty, flighty or flashy. She’s flawed – like all the characters created by David Milch; that’s what makes the drama so compelling – but she doesn’t fulfil any of the stereotypes of female characters which we are so used to encountering in modern fiction. 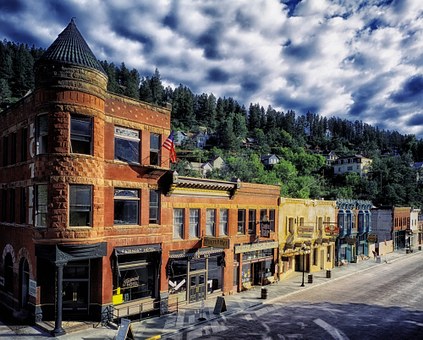 Milch changed three very significant details from historical fact when he created his version of Martha Bullock. In reality, Seth and Martha were childhood sweethearts. In Deadwood Seth has married Martha, his brother’s widow, out of duty to provide for her, not from love. So in Milch’s Deadwood, Martha comes, unwelcome, to a man who doesn’t love her. In the series, she has a son, William Bullock, who never actually existed, but in Deadwood he is all she has to love, and all she has to tie her to the life that she has left behind. In reality, Martha stayed away from Deadwood until it was an established town, but Milch’s Martha arrives, isolated and unwanted, into the chaos and drama of an unformed settlement with no rules and no establishment. This puts her immediately into what seems an unbearable situation. Grieving for her husband, she comes to Deadwood to live with a man who she doesn’t love, leaving the security of family and friends she arrives as an establishment figure in a town with no establishment – no church, no school, and no law. Used to being surrounded by the structure of all three, she’s isolated from the moment of her arrival. 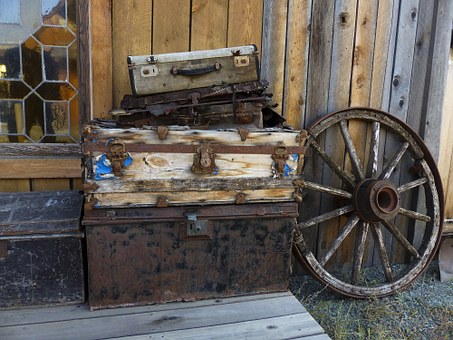 Her arrival isn’t auspicious. She travels to Deadwood in a coach with prostitutes, she arrives to find her husband involved in a vicious brawl, and the only other woman of her own social class in Deadwood – her only logical choice for a friend in these circumstances – is involved in a passionate affair with Seth.

Martha’s first meeting with Alma Garrett (Seth’s lover) is a beautifully crafted scene. Martha, subtly and intensely played by Anna Gunn, knows instantly exactly what the state of affairs is between Seth and Alma. So we have a scene laden with tension and unspoken understandings, whilst, for possibly the first time in the entire series, everybody is constrained by the language and norms of society, imposed by Martha’s presence. Nobody swears in the entire scene. And, as is well known, what sets Deadwood apart from other shows set in this period is the cursing; the frontier language of the outlaw town. Now, suddenly, in Martha’s presence, words go unspoken and all the main characters struggle to speak coherently, let alone curse.

What sets Martha apart from so many other female characters, both in Deadwood and elsewhere, is her dignity. She doesn’t cry and trade on any signs of weakness to gain sympathy and understanding in a difficult situation. She doesn’t try to ingratiate herself.  She doesn’t fight against the situation she finds herself in; she could, with very good reason, turn on either Seth or Alma, but she doesn’t. She doesn’t shout, she doesn’t curse. Nor does she try and run away from it, either by leaving or losing herself (as Alma does) in drink or drugs, or even the arms of a man. Martha simply accepts the situation, and gets on with making the best of it with grace and dignity.

It’s not something that is currently regarded as an admirable trait in a female character. I recently read a book called The Man I fell in love with by Kate Field where the heroine, Mary Black, finds herself in a similarly difficult situation. Rather than “fight or flight”, Mary stoically gets on with making the best of things. She’s a fantastic, warm and real character who stands strong in a difficult situation, just like Martha. However, several reviews unfairly refer to Mary as a “doormat”. And they’re all missing the strength and beauty of Mary’s steadfast nature. When did we lose the ability to recognise the quiet dignity of endurance as a strength, not a weakness? When I look at our drama-driven society. I wish for a few more stoically enduring Mary Blacks and Martha Bullocks. Women like my mother, who endured cancer with nothing more than an occasional sigh of “oh dear me” when things got really bad. 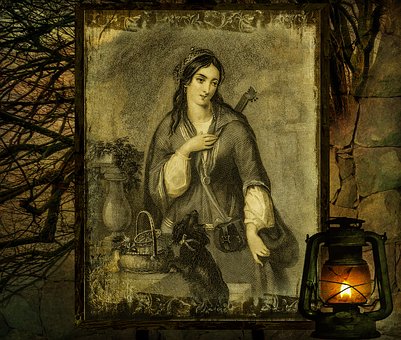 A steadfast woman. Image from Pixabay

So I stand firm in my admiration for Martha Bullock.

And what happens to Martha? Isolated and unwelcome in a hostile place, she does her best to carry on in her own way until a tragedy occurs (I won’t say quite what, just in case anyone hasn’t seen the series and wants to) and Martha continues trying to be dignified and stoical until … well, there comes a scene where she can’t manage it. It’s another scene of painful silences as characters are unable to speak to one another. She breaks, and falls, and then she is the one who breaks the silence. Finally she can accept Deadwood, and Deadwood can accept her as part of its community, because that’s what Deadwood is; a community of the fallen and the broken and the lost. Until she allows herself to fall, she can’t become part of it.

However, once fallen … well, thankfully, Martha hasn’t lost her steadfast nature. She brings that endurance and steadfastness to starting again, but now as part of Deadwood, rather than as an outsider. She is an important part of the forces which will create society out of the chaos of Deadwood, just as the real Martha Bullock did. There Milch does not choose to alter the facts.

So what lies ahead for Martha in the forthcoming movie? The trailer for Deadwood the Movie shows an older Martha; settled and comfortable, standing beside her husband, every inch a member of the establishment that she left when she came to Deadwood. I hope that whatever fate may throw at Martha in the forthcoming film, that she maintains her steadfast determination to face it calmly and with dignity – and without using any of those famous Deadwood swearwords!