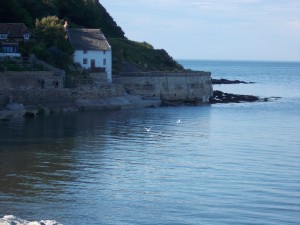 There were several villages in North Yorkshire that helped to inspire the fictional village of Rawscar, the setting for my forthcoming novel “The Little Church by the Sea”. Village number one is the lovely Runswick Bay, which has one of the few coastal thatched cottages on the whole of the North Yorkshire coast. (I haven’t researched extensively, but it’s the only one I’ve ever seen). The thatched cottage doesn’t appear in the book though! 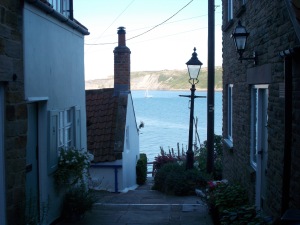 The little village tumbles down the hill, the paths between the cottages only big enough for a wheelbarrow, no room for a car. With some very few exceptions, the people who stay in Runswick Bay have to park in the village car park and walk to their holiday homes. There are a few full-time residents of the village, but most of them live in the flat bit at the top of the hill; not so picturesque but easier to reach by car! 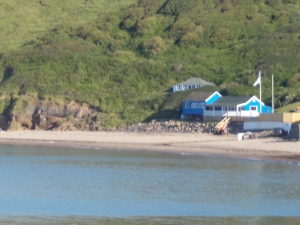 The beach is long and sandy and the tide comes in right up to the bottom of the scrubby cliffs. At the far end of the beach is the sailing club, which can only be reached across the beach or by boat. Clustered around it are the last remaining beach huts, hidden in the scrub. 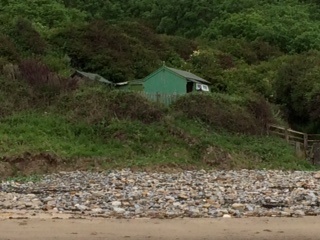 These aren’t the conventional brightly coloured rows that you would see at Whitby or Scarborough, built for tourists to keep their buckets and spades in. The beach huts were built last century by the locals and they would live there in the summer whilst they rented out their cottages to holidaymakers. 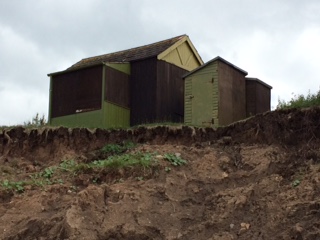 Due to coastal erosion very few now remain, this one, perched precariously on the edge of the muddy cliff will probably not last out the next winter. There is something very poignant about these disappearing buildings that appealed to me so much that I set two crucial scenes in “The Little Church by the Sea” in a beach hut just like this one.

There is, however, one crucial thing that the village of Runswick (Runs’ick to the locals) lacks – there is no church, little or otherwise! 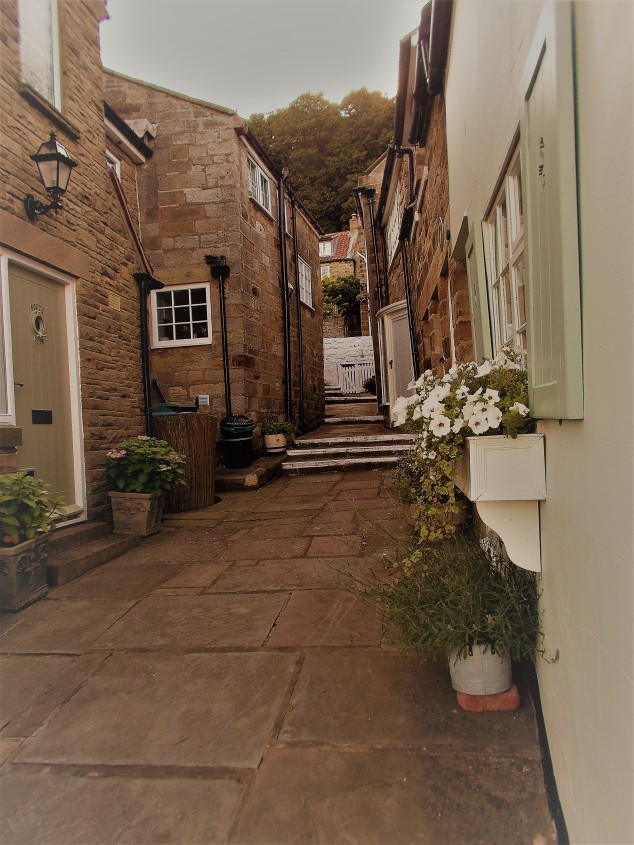